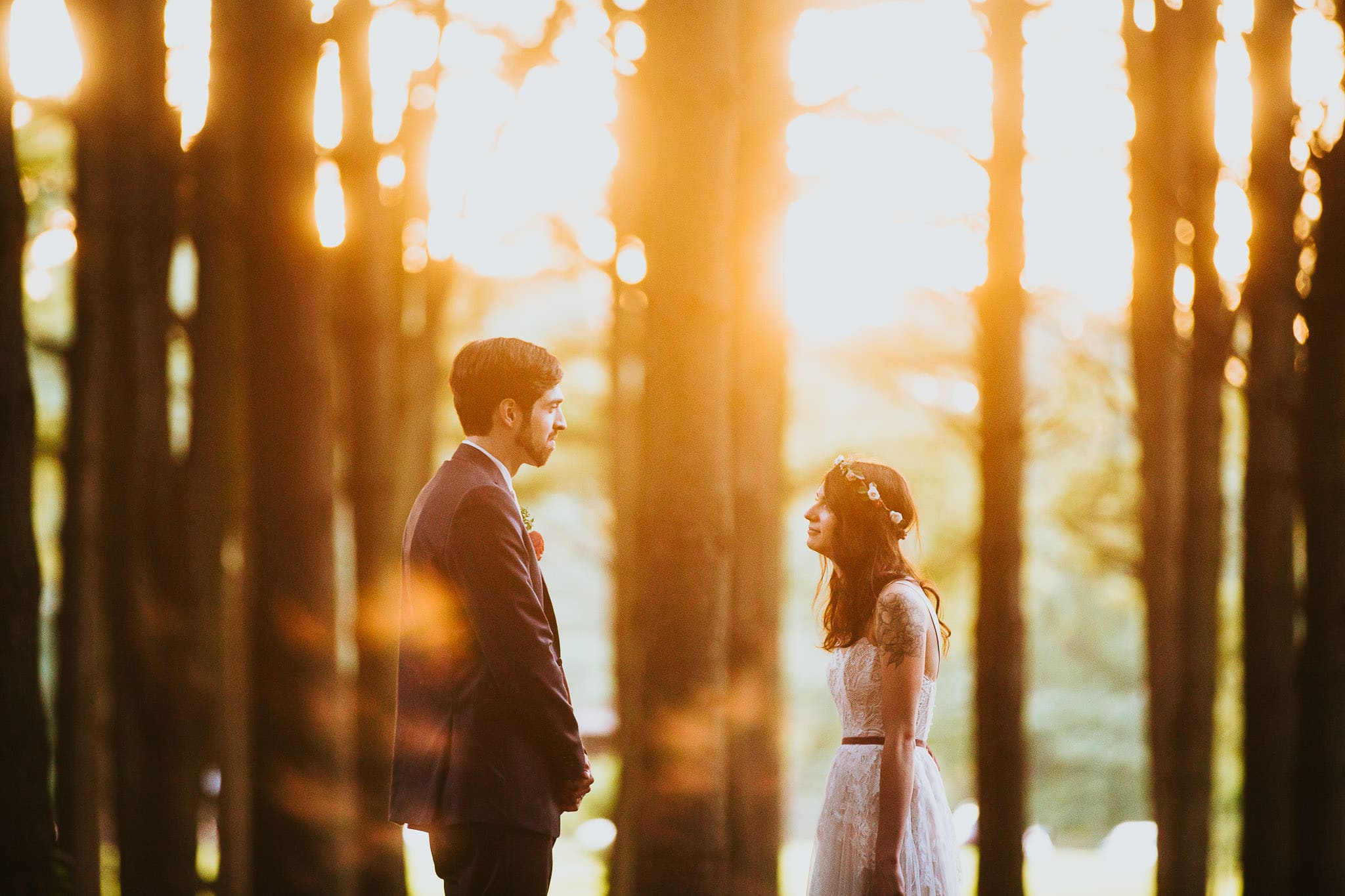 Their Seneca Creek State Park wedding took place in Maryland was on a September day. Due to COVID-19 ,their initial wedding plans were cancelled. Meanwhile, wedding planning had become stressful. With so many moving parts, they decided eloping was the best, least stressful, and safest way to go.

We started the day at their home where they planned a first look in their backyard. Later, we drove to the Blue Jay Pavilion at Seneca Creek State Park where a few of their family members met us. Their intimate ceremony began with a reading, followed by a handfasting ceremony. Before the vows, they played rock paper scissors to decide who would read theirs first. To conclude their celebration, they ate cake and said their goodbyes to family. Before leaving the park, we were able to catch sunset.

From the Bride and Groom:

I wanted to tell you a little about how we found you. It may give you a better idea of what we are envisioning for our wedding day. When we were originally looking for venues, I stumbled upon a Reddit post about a couple’s wedding at a picnic shelter at Patapsco Valley State Park. The bride had shared a number of their pictures and I absolutely fell in love with them. I was incredibly impressed with your ability to capture the day in a way that felt very natural and candid.

My fiancé and I are also having a fall wedding outside in the Baltimore area. Our ceremony and reception spot will be among the trees and I think you would do a great job at capturing both the beauty of the natural setting and the event. But due to COVD-19, we have decided to parse down our wedding to a super private ceremony with a few family members.

P.S. We’re also probably going pick up Checkers afterwards because it’s kind of a special thing for us.

​​Seneca Creek State Park’s Blue Jay Pavilion is nestled in a wooded area away from the main park. The pavilion offers a serene location that seats larger groups of up to 200 people. Additionally, for even larger groups of up to 400, Nuthatch Pavilion is within view and can be reserved in conjunction with Bluejay. The price of the daily rental is $196.75. Click here for additional information.

See more elopements and weddings on the blog!